Skip to main content
on September 22, 2011
Errare humanum est
I've just finished a few features on errors in philately, so I'm probably still very much focused on that, but it's not why I bought this set. I only got it because I thought they looked nice! It is the 1952 set issued by the German Democratic Republic or DDR, marking cultural anniversaries. And it is the top value which displays the error. 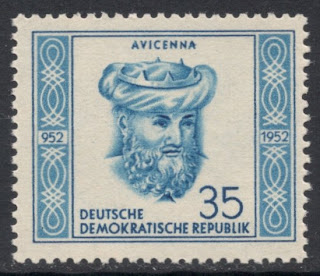 The physician Avicenna was not born in 952, as inscribed on the stamp, but in 980!
The three other values mark the 150th birth anniversary of the writer Victor Hugo on the 12pf value, 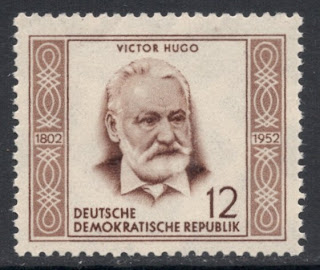 the 500th birth anniversary of the artist Leonardo da Vinci on the 20pf value, 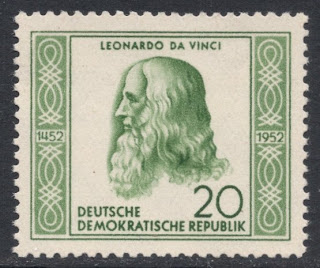 and the death centenary of the writer Nikolai Gogol. 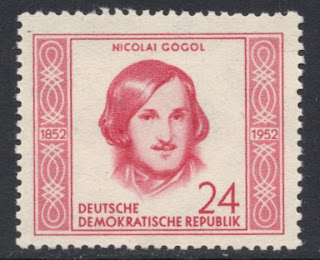 The DDR designs became ever more communist in appearance, but in the early days they issued gems like these which is why it is such an interesting period to collect!
:-)
Adrian
Germany